The alleged person behind this discrimination may be a natural person (an individual) or a legal entity (an association or society for example), a private entity (a company) or public entity (a State department, a local authority or a public hospital for example).

Think your rights haven’t been respected?
Get in touch with the Defender of rights for free. 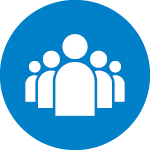 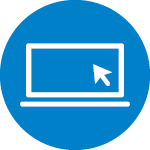 Via the online form SEIZE 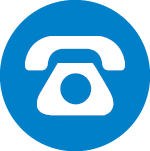 Via freepost so no need for a stamp:

The role of the defender of rights

Who can refer cases to the Defender of rights?

The Defender of rights can seize himself when he considers that his intervention is necessary.

For an instance of discrimination to be acknowledged, three elements must be present:

Not all differences in treatment amount to discrimination. The law also protects you if you are:

What are the criteria defined by the law prohibiting discrimination?

These criteria have several sources. On the one hand, the international conventions and European texts define a base of criteria based on the characteristics of the person. On the other hand, the French legislator has added specific criteria, some referring to classical motives (nation, name, physical appearance) while others deal with specific situations (place of residence, loss of autonomy, etc.).

Criteria of discrimination and examples of situation

Criteria from international or European texts

I was denied a consumer credit because of my age.

A a woman, I earn less than my male colleague who does comparable work.

I was not hired because of my Maghrebi origins.

True or supposed belonging or non-belonging to an ethnic group, a nation or an alleged race

I was refused to rent a camping place because I am a foreigner.

I was not given my job back when I returned from maternity leave.

I was refused renewal of my employment contract because I was on sick leave.

I was not allowed to join a school leaving because of my disability.

I was forced to undergo genetic tests as part of my pre-employment medical examination.

I was refused to rent a room for my wedding because I am homosexual.

I am a transgender woman and my employer refuses to change my pay slips.

The city hall refused to rent me a meeting place because of my political opinions.

My career has not changed since I introduced myself as a union representative.

My pension fund refuses to take into account the quarters completed during my national service because I was a conscientious objector.

True or supposed belonging or non-belonging to a particular religion

I was denied access to a gym because of my headscarf.

I was refused an apartment rental because I am an single mother.

I was refused a job because I am obese.

I was denied a job interview of my foreing-sounding name.

I was refused a job because I am a smoker.

I was refused a check because I live in a neighboring department.

My father, who lives in a senior residence, complains that he does not have access to his glasses.

I was refused the opening of a bank account because I am domiciled in an association.

Ability to speak in a language other than french

This criterion can be subject of several very distinct interpretations. The carts will indicate which one is appropriate.

My parents' surety was refused because they are domiciled overseas.

What are the general situations affected by discrimination?

The law specifies the situations in which it is forbidden to discriminate according to the previously defined criteria. These situations concern:

What are the specific situations assimilated to discrimination by the law?

Over time, the legislator has chosen to equate certain situations with discrimination. In these cases, listed below, shall be characterized the factual circumstances without it being necessary to expressly refer to a particular criterion:

Think your rights haven’t been respected? Get in touch with the Defender of rights for free.